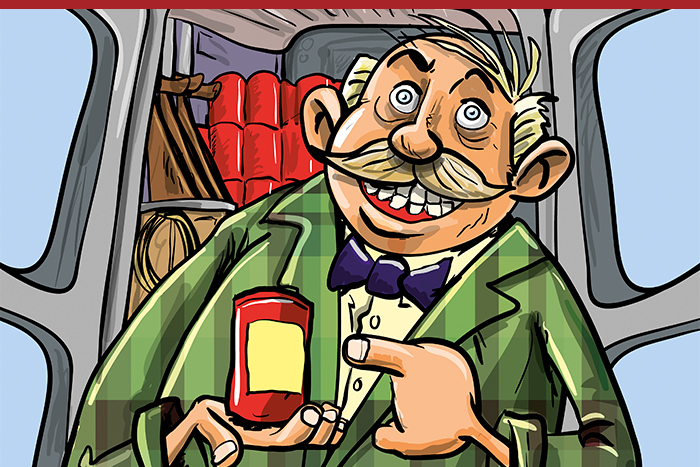 I had the very sobering experience 1 week ago of listening to the CEO of a client organization (large dispersed manufacturer) telling me how he had been approached by a local consulting firm offering to help him and his colleagues create the culture that would see the company through the COVID-19 pandemic crisis.

This was a staggering story for two distinct reasons: firstly, any person (let alone a professional consultant) who believes they can define what will be needed and how to engineer culture in a client organization over the next 6 months has truly been smoking something. A quick scan of the two companion newsletter items on responding to catastrophes will quickly explain why this is so.

But there is a second and much deeper concern in the story, one that has been around for the last 20 years or more and one that, unfortunately, will be around when this pandemic is over – the promise the consulting firm implied that they could actually intentionally engineer a desired culture.

The promise of intentional culture change is a battlefield littered with untold corpses of failed attempts to create cultures, planted with shareholder funds, and needlessly fertilized with fallacious thinking and misplaced hopes. It is a memorial to impossible and failed promises.

In the last 12 months the level of cynicism among some banking and finance executives with whom I work regarding all the work being done in their organizations (in response to the Royal Commission into the Australian finance sector) is testament to the poor thinking that attended so many of its recommendations along with promises delivered by chastened executives and boards. Many of those recommendations and promises contained the idea of engineering culture change, for the good of course. Put simply, this is sad. But how does this come to be?

This is such a common response in Australia whenever reports are published criticizing the performance of large institutions. It is also the first recourse of politicians who seek simple and publicly palatable pronouncements on such matters.

Regardless, it is a folly based on two logical fallacies: firstly, that organizational culture is cause and secondly that it is possible to intentionally engineer a change to this culture. Despite knowing for over four decades from the fields of both anthropology and sociology that both these presuppositions are false, those who write speeches for Board Chairmen and CEO’s, cling to them as if they were self-evident facts.

I have written in detail elsewhere about the factors that create these two follies, but to put it simply …

Culture is largely an output not an input – it is not a causative element as much as it reflects other multi-layered and complex organizational dynamics.

It is these behavioral, systemic, procedural elements and processes that must be the focus of change.

Culture is more a phenomenon that sets boundary conditions as to what is possible (reminiscent of Peter Drucker’s statement that culture eats strategy for breakfast) or not possible – it is truly rare that anyone can produce sustainable change if at the same time they violate the deep and widely shared unconscious assumptions of the prevailing culture. Moreover, culture – if apt and functional to the group and the challenges it faces – can catalyze, energize and reinforce changes intended or underway.

Engineering intentional cultural change is an oxymoron: organizational culture has many layers, some of which are non-rational and reside in the collective unconscious of the sub-groups and the whole organization.

Being unconscious and non-rational they are not subject to rational intervention, the preserve of those who try and sell to executives the belief that it is possible to engineer cultural change. One cannot deal with, engineer or control for phenomena that are both unconscious and non-rational, unless you are in possession of some snake oil. Indirect influence is possible at best.

So much thinking about cultural change is fatally misconceived, as are many intentional attempts to change it. The following scenario is all too common: the leader or manager wishes to improve something. It could be injury frequency rates, reliability of machinery, availability of plant or the way they treat their customers.

Their analysis suggests the culture of the company is wrong in some way and is also the cause of the problem they face – a fatal and fallacious piece of thinking, as culture is output not input.

They embark on a cultural change program, hoping this will produce the environment to produce the outcome they desire. They run workshops for senior personnel around identity and values, principles and expected behaviors. They proclaim espoused values, run engagement workshops for all staff, agree to new ways of working and expect that all will be well. For a more complete explanation of the problems with this approach read here.

Over the last 2 years we have had the privilege of working (at least until the Coronavirus pandemic put a temporary halt on it) with the people of Alcoa’s Kwinana refinery, a plant that was struggling. At the outset we resisted the pressure from some senior executives to create a culture change program to “fix the problem”. Over that period the culture of the plant has clearly changed for the better and we have had the privilege of seeing amazing leadership come forth from within the workforce to make this so.

But it has not been from some culture change program – the change in culture has been an outcome of other work. This work was centered around simple authentic conversations around real work that real teams are required to do. As stated above the change was focused on behavioral, systemic, procedural elements and processes, not culture. The change in culture now so evident that the Kwinana is refinery is being spoken of as a global example within the wider company came as a result; as an outcome.

A word of warning yet again: BEWARE anyone promoting intentional culture change programs.