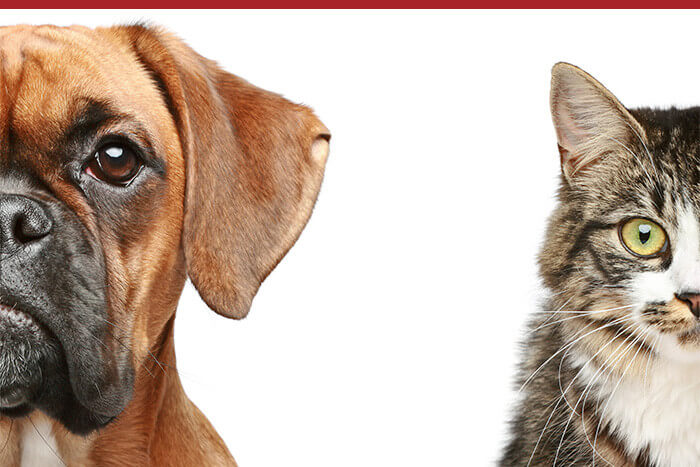 A useful frame to help us understand people, and their behavior, is the analogy of people as household pets – namely cats or dogs.

When you call a dog it comes; when you call a cat it has an answering machine and might get back to you later. People can be like that also. Other names for  a cat style of  behavior is referred to as being credible (think of a pilot voice); for a dog – approachable  (like the flight attendant).

There are a range of patterns of behavior and characteristics that we associate with Cats and Dogs that we can sort, more or less, as follows:

There are cautions when using this model:

Appearing to be one or the other is something that arises from both habit and the context in which we find ourselves. In other words, “cat” and “dog” are labels for context-dependent patterns of behavior. Our effectiveness goes up when we can choose intentionally to present as either according to what the situation requires.

In this article the focus is on when to increase your dog-like patterns of behavior or your cat-like behavior; that is,  when might it be useful for you to be perceived as being either more credible (Cat) or more approachable (Dog).

Size, length, and familiarity of group

When you are in charge of a group that is large, going to be together for only a short time and they don’t know each other well – be a cat, that is present as more like the pilot than the flight attendant. On the other hand, when the group is small, and will be together for a longer periods of time and they know each other well – then you will be more effective as a dog,  – that is, present as more approachable.

Level of group formation and functionality

The more complicated the task facing a group (e.g the task has many variables and needs time to work on), then more credible patterns of behavior suits this situation – i.e. be a cat. If the task is more straightforward then a more approachable style suits, i.e. be more dog-like.

Level of the Organization

When interacting with the higher levels of an organization, you will be more influential and effective if you present using more credible patterns of behavior  – the pilot more than the flight attendant. At lower levels in organizations you will receive more permission and be more influential if you present as more approachable – the flight attendant (dog) more than the pilot (cat).

As a general principle, approachable styles tend to foster the flow of information than credible styles. So,  present as a dog during the Gathering phase to generate information. During the Evaluating and Deciding phase you will be more effective if you seem to others to be more definitive, i.e. more cat-like. The Implementing phase usually relies heavily on getting feedback on how the decision is operating in reality – that is, you are back to gathering information – so in this phase it helps to be more dog-like.

When we are interacting with people, we want to consider both what their expectations of us are, and what is required of us.

We may find ourselves in situations where there is a high expectation that we act in a decisive and definitive manner. Consensus seeking and participatory approaches are frowned upon and strong leadership is thought to be desirable. In other situations the reverse is true.

In a similar vein, regardless of what is expected of you, there are situations where it is obvious that the context requires you to be responsible for directing an outcome, e.g. you might be the expert brought in to solve a problem. In this context credible patterns are required (cat). If you do not have that responsibility and it is appropriate for the group to determine the solution then your behavior should represent more a more approachable style (dog).

As an interaction occurs between you and another person or  group (e.g. leading a meeting) you will be more effective if you can move between dog (flight attendant) and cat (pilot) at different points in the process.

Before you meet the other person or conduct the meeting – clarify your outcome: what does success look like for you and for the other person/s? If you don’t do this you will tend to be perceived as lacking credibility (using more dog like patterns of behavior) especially when you negotiate with yourself in front of the other party/group.

In the greeting phase a more approachable pattern is called for (dog) but as you establish guidelines for the process in which you are about to engage then a more credible pattern (cat) may well be called for (other things being equal).

As the conversation or meeting moves more into an exploration phase a more approachable pattern is called for, but as the meeting or discussion comes to an end, and commitments are being made then a more credible pattern fits better. Finally, when you farewell the other person or group it is much better to do so with an approachable pattern.

I hope this little analogy of Cats and Dogs, helps you to sort for yourself – quickly and easily, when to use either of the two key behavior patterns  – Credible  or Approachable – to get the best effect to get your outcome.