Stepping up to the plate – tackling the un-discussables 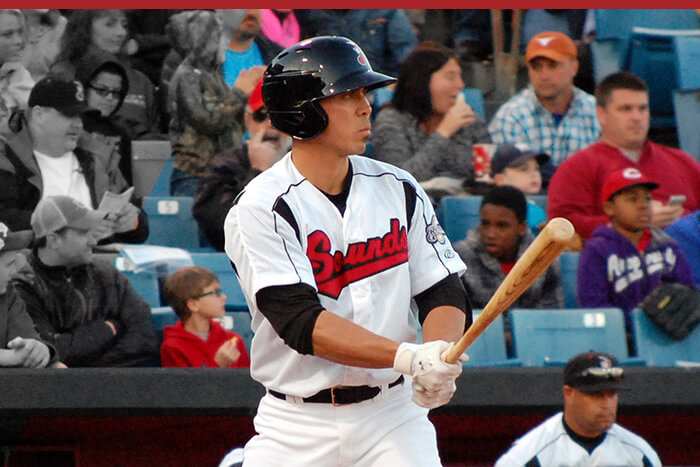 Stepping up to the plate – surfacing an “un-discussable”

There is one way of stepping up to the plate, that isn’t for everyone, yet reaps huge rewards. It’s by exposing the silent taboo subject, the ghost issue that is impacting and hindering an individual, a group or perhaps an entire organization.    This is however for the brave, for the man/ woman who has weighed up the risks, who is dissatisfied with mediocrity and for whom failure is not an option.  It’s for the person who understands the impact of one single person’s behavior stretching beyond the immediate interaction and who understands that organizational culture change starts with individuals.  It’s for a leader who wants to succeed.

It’s about exposing what Chris Argyris called an ‘un-discussable’ [1]or what Hammond and Mayfield call an ‘unnamed elephant’[2].  It’s that typically known but unnamed issue, tethering those affected to unproductive ways of thinking, operating, behaving and ultimately achieving.

Situations that call for it

It’s a common scenario for managers/ leaders in organizations nowadays to have days dominated by meeting after meeting, and the pressure is on to make meetings more efficient.  They are encouraged to facilitate a tight ship, ensuring agendas are adhered to and all tangible rational issues are dealt with in a timely manner.  However with eyes on the clock, the manner in which meetings are being run has often become a little too regimented, a little too structured and the way in which they are led sometimes borders on dictatorial.  Now, to be clear, there are times when this is absolutely appropriate, but it comes at a price.  People get shut down.  Ideas get thrown out. People become passive, but most importantly, people become reluctant to name difficult issues.  Issues that don’t lie dormant but spread their tentacles to affect not only the topic in question, but beyond, to the way the individual’s think, operate and behave.  An elephant is born.

Hammond and Mayfield[3] rightly suggest in their book  “Naming Elephants”, there can be significant risk involved in broaching these taboo subjects.  Political risk. It’s possible to cause irreparable damage or even lose your job over ‘calling it as it is’.  By naming the un-discussable, you will be upsetting the status quo, potentially disrupting the habitual structure or way of operating, behaving, thinking that typically becomes so embedded in an organization.  Now if this way of thinking etc is dysfunctional or unsuccessful, then there is a legitimate need, however uncomfortable, to do exactly that- break the pattern.  To be successful at doing so however lies in recognizing the need for doing it as well as the way in which you go about it.

So why would anyone the take the risk of naming the elephant in the room?  Simply because it’s too costly not to do so: too costly to the organization, to our teams, the success of the project or intervention we are working on, and too costly to ourselves in terms of time/ effort/ reputation etc.

To disrupt the typical meeting structure by scheduling time to bring up and discuss the un-discussable is uncomfortable, scary perhaps, but ultimately time well spent.  For example, an employee discussing with their boss how their boss and the entire organization isn’t doing what it claims to be doing- with regards to putting safety before production, is a serious discussion to have.  Yet how many leaders squash this kind of suggestion in the bud?  Perhaps they’re too scared to tackle it, perhaps they don’t have the fortitude to remedy it or perhaps they don’t see a hope of resolving it?  Yet taking the time to sort through such an issue, which can quickly migrate and multiply to become extremely toxic to an organization’s culture and morale, is far less costly than the safety investigations following a series of serious accidents.

So when do you intervene and step up to the plate… when it’s worth doing?

How to step up

The manner in which this un-discussable is revealed is critical.  There are at least three things to focus on which we’ve found works really well for uncovering these un-discussables successfully.

First of all, you have to manage yourself in order to control the situation successfully. The lens you use to view a situation will have a big impact on whether or not you can control your emotions during a difficult conversation and how successfully you can adapt to the other person’s responses to still achieve your outcome.

Secondly it’s about selecting the right framework.  By that I mean, what are you going to focus on in the discussion, and in what order.  It’s what to say and when to say it.

Thirdly and perhaps most importantly, it’s about how you say it.  This has more impact than anything else combined. It includes such things as where the discussion takes place, how the room is set up, the posture you adopt, the voice tone you use etc.  We’ve seen people stumble over what they are saying, yet smoothly reach their desired outcome solely based on how they’ve delivered their un-discussable.  Conversely, we’ve witnessed people say exactly the right things, yet not have the skills to limit the defensiveness of the other party resulting in no change at all to the destructive status quo.  They didn’t know ‘how’ to say it.  By combining these three elements, you have your bases covered.

It’s so imperative that when exposing the ‘elephant’, the individual do so in a way that doesn’t lay blame, but rather states the facts, highlights and acknowledges the issue, seeks other’s perspectives and then lays the focus squarely on the future eg how to move forward and resolve the problem/ or live with the situation.

This is where the ability to reduce defensiveness and handle volatile issues comes into play.  An organization or team that has skilled and habituated its employees in how to have these conversations will be able to handle this, and this we know from experience.

For an individual who finds themselves alone in an organization where no one will speak up, it’s a lot harder. But it is not impossible. You still need the skills, but if you are learning them and if this is new to you then the suggestion is always to practice when the stakes are low and take the time to be prepared.  And if this person is you, then we’re prepared to help.

Stepping up to the plate – tackling the un-discussables