Hades organizations: joyless and in the throes of dying? 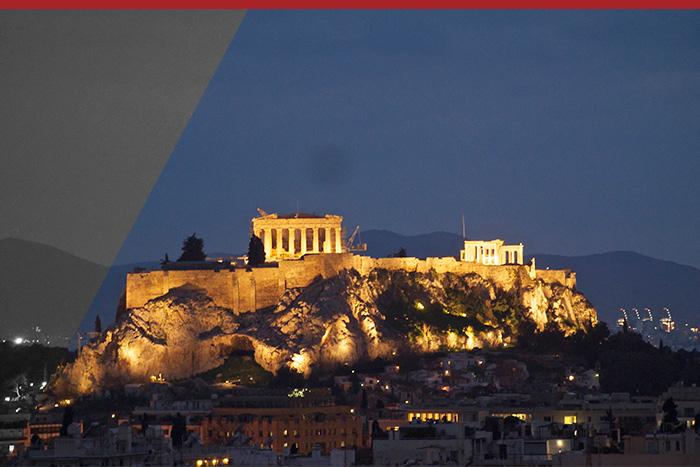 From a 2014 Ideas & Insight article,  the Unconscious Organization I commenced a series of articles about organizational archetypes based on the Greek Gods. I have drawn on much of the material in the book I co-wrote with Bernie Neville – Olympus Inc.  We described 16 unconscious patterns of behavior (archetypes) that describe some of the dynamics of organizations, exemplified by the characteristic behavior of 16 Greek gods and goddesses.  It is through an understanding of these patterns in organizational dynamics that we can better understand and influence organizational culture.

Hades is the last of these 16 archetypes and is the name of the place as well as the name of the god.  It describes an archetype that is a fit image for some organizations. They are inhabited by lost souls, who lead a flavorless existence in a place without life or light. They are systems in a state of absolute doubt . They make no attempt to escape for they do not have the energy, and escape appears impossible in any case. They have no power over their situation, nor is there any point in seeking it. They go through the motions, but without hope, purpose or feeling. Power in the organization is held by someone remote, cold, detached and invisible. Life in a Hades organization is dreary and mechanical, without the prick of ambition or the joy of social intercourse. And it goes on forever.

Open systems in high exchange with turbulent environments ruled by Zeus and Apollo often tend to have within them large groups under the influence of Hades. As the corporation tries to cope with change (e.g. lost markets, falling prices, lower volumes etc ) Zeus and Apollo seek to reorganize, demand more, use power very explicitly and seek higher levels of compliance, all the while making one strategic change after another. It is not long before Hades inserts himself into this milieu and the workforce becomes desensitized to the promises, the changes, the requests for that extra effort. They have seen it all before, they are all ‘changed out’. They outwardly comply, but inwardly have lost all sense of future and shared purpose. Ralph Stacey has described this state of affairs as a vicious cycle, a positive feedback loop with disastrous consequences for growth or improvement.

Sometimes the only chance of revival for an organization is to go through a period of absolute doubt. In the organizational decay, in the compost, the seeds may sprout if the environmental conditions are right. This phenomenon of organizational rebirth from the ashes of death is well described by William Bridges . Bridges makes a clear distinction between change and transition. Change can be forced on an organization but, unless the members of the organization undergo a psychological process of transition, the attempted change is likely to be destructive. Where the leaders have joined their staff in a journey into doubt, their attempts to sow the seeds of a new life through a new identity, new purposes, and new processes may be welcomed by the organization at large. Where the bulk of the organization’s people are still in a state of suspended doubt and see no need for substantial change, the leader’s efforts will bring demoralization and despair. For a change to be effective, people must own it. Change efforts that disregard the process of transition have little hope of success. Sometimes there has to be a death to allow new life to emerge, but the death has to be acknowledged and honored if this sort of energy is to be generated from it. Bridges warns us that, though change can be implemented very quickly, transition can take a long time. He suggests, however, that leaders with an understanding of the process and appropriate strategies can accelerate it significantly. Unfortunately, the usual story of the Hades culture is not one that involves change.

An organization that is dead or dying is likely to be dominated by a Hades culture. There may be a few Giants and Titans who suffer significant tortures, who rage against the dying of the light, but most of the inhabitants accept their fate without much protest. The loss of morale, the loss of the will to fight, is one of the first symptoms of the condition. Occasionally a hero may arrive, create a stir and leave, without changing the condition of the shadowy beings who continue to go about their mechanical tasks without hope of change.

Hades organizations: joyless and in the throes of dying?