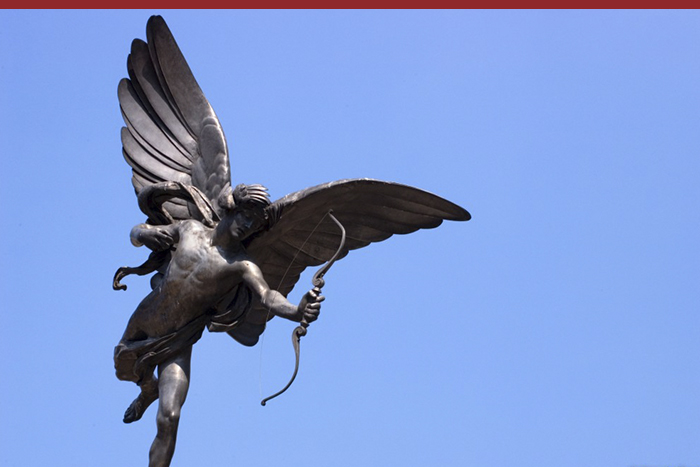 In the organization dominated by the Eros archetype the ideal emotional climate is positive, supportive, free of risk and the highest value is intimacy. In its purest form the Eros organization has a structure which is entirely horizontal. Notions of hierarchy, or even of authority, have no place in its ideology. Nor have notions of role. It reached its zenith as an organizational form in the Western world in the 1960s. What holds the organization together is the intensity of the relationships between its members. The organization may have a sense of common purpose, may be productive in many ways, may have established ways of going about its work, but these are secondary to the satisfactions of relationship. People think more in terms of their relationships with the people, rather than their responsibility to the organization. Community is an end in itself. Mechanisms of control are absent and freedom is paramount.

As with each and every archetype, Eros pathology readily appears when Eros is the only god being honored. If intimacy and openness are good, we might suppose that more intimacy and openness are better, and that still more openness and intimacy are better still. However, experience of closeness is not always as unambiguously positive as this. Sometimes, relationship maintains its intensity while reversing its meaning. Love turns to hatred or contempt. Sometimes the relationship-focused organization slides into self-indulgence and bitchiness. Sometimes people are simply so involved with relating to each other that they forget that the purpose of their organization was to do something. Unless Eros is accompanied by more responsible gods like Hera and Apollo, he may become destructive. Often enough, Eros’ irresponsibility and lack of attention to the task lead to a takeover by Zeus.

Community organizations often have a strong Eros component, expressed in their behavior as well as in their ideology. Small issue-focused groups often develop a strong Eros culture, as the satisfactions of working with like-minded people become as strong an incentive to membership as the issues themselves. People do not want someone in authority making decisions for them; their focus is on what is good for the group rather than on what they can get out of it as individuals; they are more concerned with living up to their shared values than with worrying what the world outside thinks about them; and attending to people’s needs is more important than following the rules. People may be impatient (even insulted) when asked to spell out their principles, plans and procedures, and they certainly don’t insist on doing one thing at a time in a ‘logical’ order. It is difficult for large organizations to maintain a general culture in which the Eros-values are dominant, though sub-cultures within such organizations may be ruled by Eros values.

Human experience tells us that we grow through relationship and that relationship is creative. Process thinkers since Alfred North Whitehead have been telling us for a long time to take our focus away from ‘things’ and look instead at the connections between them. Stop thinking of society as being made up of people and see it rather as being made up of relationships. Complexity theorists like Ralph Stacey make the same point and argue that new forms and new ideas do not somehow unfold from what is already innate in us. They emerge rather through interaction. The future is constantly constructed ‘through the detail of interactions between human bodies in the living present’. Transformation into something new comes through relationship.

Eros is often associated with Aphrodite. He is often found in the company of the other ‘young’ gods, Hermes, Ares and Dionysos; the climate engendered by good personal relationships is a climate in which communication, passion and creativity are supported and encouraged. The presence of Eros makes life in any organization bearable; his absence can make life intolerable.

It may be rare these days to find a pure form Eros organization, but this god has made a resurgence in the last decade in a slightly different guise. Scratch just below the surface of a range of corporate dynamics and global trends and you find a resurgent Eros at a different level. You find Eros lurking beneath innovation – start-ups, disruptive innovation within and across sectors – the general assumption is that through emergent functional relationships, entrepreneurship and commercialization can flourish. You will find Eros equally close to the surface in the practice of new forms of work organization: these forms are finding their way into mainstream organizations from the design and IT sectors and exemplified by the likes of  Holacracy, Design Thinking and Agile leadership – it is through emergent, dynamic, complex and responsive processes that new applications, forms and functions can emerge. In these two domains, Eros will usually be accompanied by Hermes (form over substance) in the former case, and Prometheus (a rational system or tool will save the day) in the latter case.

The consultant approaching an organization from the Eros perspective will hold for certain that an organization will only be truly effective if relationships are good. To improve the quality of relationships is to improve the quality of communication. Improved communication will lead to the more effective practice and greater productivity. Accordingly, the first task of the Eros-oriented change-agent will be to demolish the psychological and structural barriers to close relationships.

To find out more about archetypes and their expression in organizational cultures check out Olympus Inc.