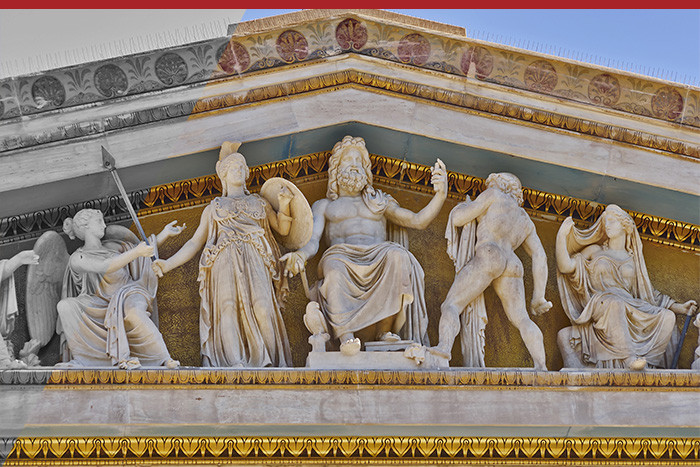 For the Greeks, Prometheus was the saviour of mankind and a god of science and technology.

Prometheus was the saviour of mankind quite specifically, because he did not much approve of womankind.

The Prometheus myth is a fantasy of setting people free from the power of the gods, of inevitable progress towards a better world, of gaining control over natural forces. It is a fantasy that has had enormous power in the history of Western civilization, especially in the past three hundred years. Indeed, civilization has come to be defined in terms of the gifts that Prometheus can bring: science, the machine and the better world that only they can deliver. This is a peculiarly masculine fantasy, for science and technology have been peculiarly male domains.

A key image of the Promethean culture is technology. It sees the universe as a machine, the political and economic system as a machine, the organization as a machine. The managers of such organizations are disposed to see themselves as free, decision-making individuals in control of this machine, indeed required to improve its efficiency and performance continuously.

Organizations as machines driven by technocrats

Prometheus was a craftsman, and an important aspect of the Promethean culture is its mission to make things, to build, to control the chaos of the natural world. The great industrial corporations which emerged in the nineteenth century and survived well into the twentieth were characterised by a strongly Promethean culture. By the beginning of the twenty-first century many of them have been taken over by one of the ‘short-term’ gods, Ares or Hermes, and if this has not happened then their very existence is being challenged by environmental change and a rapidly changing geo-economic-political landscape.

Nineteenth century industrialists were infatuated with their machines, and one of the fruits of this infatuation was a tendency to see their workers as machines. It was only natural that a theory of industrial management would emerge in which workers were reduced to being extensions of the machines with which they worked. It is not much of a step from there to seeing the organization itself as the machine, and its members as its wheels and cogs and levers. The industrial age may be in its final spasms, and the image of the machine may have become more sophisticated, yet this vision of management persists in many organizations, especially those dominated by engineers.

The scientific mindset and the image of the machine are to be found in both Apollonine and Promethean organizations. They differ in that Apollo represents ‘pure’ science and Prometheus represents ‘applied’ science. For Apollo, the organization-as-machine is the most rational mode of organization, the most elegantly scientific way of managing people. Prometheus’ focus is on the task. The organization-as-machine can get the job done and make an impact on the world. The best form of organization for the Promethean manager is the one that works best in practice, not the one that conforms to some abstract principles of good management.

Prometheus was unable to give men souls. He totally rejected the feminine. He saw himself as a hero defying the tyrannical patriarchy, yet he finally colluded with it. He found that his every attempt to save men through his cleverness left them in still deeper trouble, as we are now finding in terms of the human species interaction with its biosphere. Promethean organizations are a bit like that. And because, like Prometheus, they have an arrogant and unshakeable conviction of their own rightness and righteousness, they find it very hard to change – in spite of their inventiveness.

The Promethean culture is often found in the manufacturing industry. Engineers have a special affinity for it. State bureaucracies are often designed along Promethean lines but, unless they have a strong sense of mission to accomplish some Promethean task, the machine quickly gets rusty. Another favourite haunt of is the resources sector where is found in the desire to have the most “perfect” management information system, created in the belief that the more elegant and efficient the system is then the more effective will be the mine or refinery. Prometheus has also been seen frequently  in the hallways of ERP systems such as 1 SAP and J D Edwards. Again the fantasy is that systems and technology will solve the day, but when combined with Zeus’ high control needs they often create severe inertia and disempowerment. But of all the possible places to find Prometheus you are most likely to find him in the recent movement to creating a digital world as the underpinning of creating a better world. Industry 4.0 is a Promethean fantasy. Wherever you find Holacracy, Design Thinking or Agile Thinking you will also find Prometheus in companionship with Hermes and Eros.

The Dark Side – dehumanization and the technological fix

The excessive worship of Prometheus, the divine champion of humankind, paradoxically leads to dehumanization. On the other hand, every organization needs something of the Promethean spirit if it is to bring necessary routine and efficiency to its operations. This is especially true the larger and more complex the company.

Prometheus obviously has a lot in common with the other craftsman, Hephaistos, with the other scientist, Apollo, and with the other champion of individual empowerment, Athena. However, where Hephaistos focuses on the skilfully fashioned product and the dignity of crafting, Prometheus sees the products as means to a greater end – gaining control over the chaos of nature and building a technical civilization. Where Apollo’s interest in cause and effect leads inevitably to an image of the machine as representing the ideal organizational model, Prometheus pursues the fantasy of emancipating humankind through technology. Where Athena seeks balance and consensus through the application of common sense, Prometheus uses reason as a tool to gain mastery of his environment. Prometheus has a close, conflict-ridden relationship with Zeus. In a strongly Promethean culture, there is not likely to be an obvious presence of Eros or Dionysos, or of the nature-goddess, Artemis.

The consultant bringing the Promethean perspective to bear on an organization will be guided by the image of the smoothly functioning machine designed to fulfil a particular mission. He will look to whether the organizations structures and procedures are appropriate to achieve its goals. He will look for faults in the operation of the machine and will deal with them. He will have the greatest confidence in his ability to find the correct technical fix for every problem, and a tendency to recommend bringing in sophisticated machines wherever feasible to replace human personnel.