Apollo organizations: worship at the altar of rationality 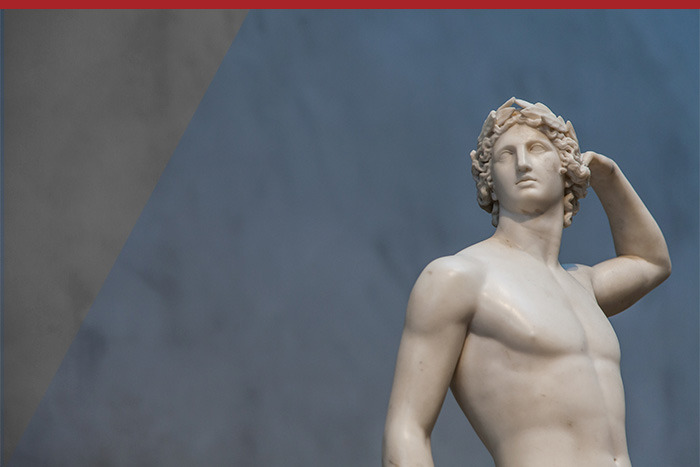 In our June Newsletter I introduced the work that Bernie Neville and I did on the Greek gods as archetypes for understanding the unconscious patterns of behavior that occur in organizations. The gods and goddess provide a window on different organizations you might know, work in, or recognize. In the two months since then I have presented the archetypal Zeus and Hera organizations.

The archetype god we examine this month in more detail, is Apollo. Apollo is the eldest son of Zeus, the symbol of what the classical Greeks understood by being Greek and civilised. He represents perfection in art, science, music, and athletic prowess, law. He is a god of healing and prophecy. He is reason and moderation personified.

The organization whose culture is dominated by Apollo, will place a high value on a rational approach to its operations. Individual whims and impulsive decision-making are strongly discouraged and emotional outbursts are looked on with distaste. It is assumed that all problems can be solved and all crises dealt with through the application of cool intelligence. The power of the executive is subject to checks and balances, designed to moderate any excesses. Considerable emphasis is placed on developing and maintaining structures that are truly rational – not based on mere tradition, superstition or personal taste. People are expected to behave rationally and there is some surprise when they do not. There is an assumption that if matters are clearly explained to people, they will understand and act on that understanding. There is a great deal of faith in universal abstract principles.

Obviously there are some settings where such characteristics are to be greatly valued: in the planning and conduct of highly specialized and technical operations such as space missions, for example. But as with all the gods, problems arise when the organization becomes inflated with one archetype. At such times the excesses are present in both their healthy and pathological forms. It surprises us little that public service organizations (bastions of worship to Apollo), whilst honouring Athena in their quest for gender equity, have also been among the institutions defending most strongly against women taking their equal role and influence alongside men. Formal policy has not always matched informal practice, and the Delphic temple’s Apollonine injunction to ‘rule women’ still seems to dominate the senior ranks of these systems.

Archetypal psychology suggests that a polytheistic organization is a healthy organization. One that becomes consumed by the strong presence of a dominant archetype will inevitably become unbalanced and ineffective. Indeed, the stronger the presence of one archetype the more likely that the shadow or dark side of that particular archetype will also be at play. Too much of a good thing, so to speak, will create dysfunction, no matter which archetypal energy is dominant.

An organization dominated by Apollo values may treat its women members particularly badly and be rather contemptuous of ‘feminine’ values and behaviour. The Apollo organization may be so interested in the elegant efficiency of its structures that it may pay little or no attention to its products. It may even become so intent on maintaining its structures and the power and status relationships between people that it forgets what larger purpose these structures are supposed to serve. Like the Hera organization it has little tolerance for uncertainty and, consequently, little openness to change from within. It may also not be very good at protecting itself against the forces that threaten it. Change, when it comes, is likely to be traumatic.

Apollo culture is likely to be dominant in scientific organizations. Science is a manifestation of Apollo, and organizations composed mostly of scientists and pursuing scientific goals are inclined to bring both the good and the bad qualities of Apollo into the way they organize themselves. The god of scientific healing is particularly powerful in the culture of medical organizations.

Apollo organizations: worship at the altar of rationality